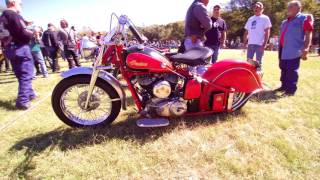 Internet Radio: “The Wave of the Future”

With the advent of the internet, it has become commonplace for immense amounts of information to be accessible to millions of people instantaneously all over the world. The amazing benefits of the internet continue to expand the world of entertainment, especially with the extension of radio to the Web.

Thousands of online radio stations are available from all over the world, giving the listener an almost limitless selection of music – and the best part is that it’s free.

The Technology of Internet Radio:

Conventional radio stations broadcast their information via radio transmitters over the “airwaves,” requiring only an antenna to receive the signal. The primary limitations are that radio reception is limited in range and needs to have an unobstructed path between the transmitter and the receiver. In contrast, the internet radio system links any two locations that have access to the internet, so the limitations associated with traditional radio do not exist. As long as you have a moderately fast internet connection, you can listen to a “webcast” from anywhere in the world.

The widespread use of broadband internet connectivity was essential to the growth of Internet radio because the technology requires a continuous stream of information. The audio is sent using a coding process, or “codec,” that sends information serially in packets to the receiver. The receiver then reassembles the information and plays it after a minor delay. As with all things audio, the quality of the sound is dependent on the format and quality of the source. Overall, with this technology you can find a fabulous selection of music with really enjoyable quality.

Internet radio isn’t just limited to computers anymore. Many manufacturers – of all types – have jumped on the internet radio bandwagon. Denon receivers now come with internet radio capability, and Crestron has recently introduced a tuner for their automated audio/video distribution systems. LG and other manufacturers offer the internet radio feature in their Bluray machines. Additionally, many “smart” phones and internet-capable portable players are offering the feature as well.

As we’ve pointed out, this new music source can give you access to media from all over the world. It’s amazing to listen to a radio station that is based in England, France, or Brazil, and it can also be a great way to ensure perfect reception of any local program you’re unable to receive with the old antenna system.

If you’re interested in using internet radio, just do an internet search and look at the thousands of sites available. Certainly one of the most popular choices is Pandora (www.pandora.com). This unique site is free as long as you don’t mind an occasional advertisement. You can actually create your own mix of music by picking an artist or a song you like, and the system will create a mix of music that is similar to your choice and will give you the option to build your own radio stations. Like most sites, by paying a small fee you can get commercial-free music as well.

Advanced Automation and Media Solutions for Home and Business